Dozens of Mafiosi may be released from prison in Italy over fears they may catch the coronavirus.

Citing concerns over the inmates’ health, three mobsters from La Cosa Nostra and ‘Ndrangheta have already been released and are now under house arrest.

Cosa Nostra boss Francesco Bonuro, 78, was ordered released by a Milan judge and to continue serving his sentence at home. He was arrested in 2006 and was sentenced to 18 years 8 months in 2012 as part of the landmark Maxi trial. Cosa Nostra boss Francesco Bonura, 78, was ordered released by a Milan judge and to continue serving his sentence at home.

Head of the Lamezia Terme Clan, Vincenzino Iannazzo, 65, was also released and placed on house arrest. He is serving a 14-year sentence. Head of the Lamezia Terme clan, Vincenzino Iannazzo, 65, was released from prison and placed on house arrest.

‘Ndrangheta boss Rocco Santo Filippone, 72, has also been released due to concerns regarding his health. He suffers from cardiovascular disease that could prove fatal if he contracts the virus. ‘Ndrangheta boss Rocco Santo Filippone, 72, has also been released due to concerns regarding his health.

These were not easy decisions for the judges but they carefully weighed up the chances of them escaping. In my opinion, I would say that’s pretty high but the judges don’t seem to think so.

Secretary-general of the largest prison union in Italy, Osapp, said ‘Members of the penitentiary police have begun reporting detainees who embrace each other with the alleged goal of increasing the possibility of contracting the virus and getting released from prison.’

There are currently 74 high profile Mafiosi in the Italian prison system whose ages and health conditions make them highly susceptible to serious complications should they become infected. These include bosses from the Bellocco clan, ‘Ndrangheta and the Sicilian ‘boss of bosses’ Nitto Santapaola. 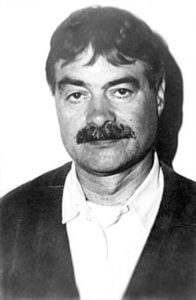 Italian Justice Minister Alfonso Bonafede said that the government had not approved the releases.

Lirio Abbate, a journalist and national editor of L’Espresso said ‘The risk is that we’ll find the mafia virus on the streets alongside Covid-19. It would be a double pandemic that we mustn’t allow to happen.’

A few days earlier, author Roberto Saviano, who wrote the script for the Italian mafia drama Gomorrah, said that the Mafia is taking advantage of the current health crisis. They are offering interest-free loans to desperate Italians only to be able to control people’s lives during and after the pandemic. Since the release of his crime drama, Saviano has been under police protection in New York. He is an expert on the workings of the mafia and how they have expanded beyond drugs and illegal activity by strong-arming their way into otherwise legitimate businesses around the world.

Now his fears are being realized and backed up by anti-mafia investigators and politicians as the virus devastates Italy.

Earlier this month, Pope Francis also joined the rhetoric against ‘the Mafiosi and the loan sharks’ who are exploiting the pandemic and the suffering of the Italian people and Italy itself just for a quick profit.