Jerome Asaro a capo in the Bonanno crime family has pleaded guilty to a variety of mafia crimes including the exhumation of a mob hit Paul Katz back in the 1980’s. The hit was allegedly done by his father Vincent Asaro also a capo in the Bonanno family back in 1969 as a favor to fellow mobster Jimmy Burke of the Lucchese family because he suspected Katz was an informant. 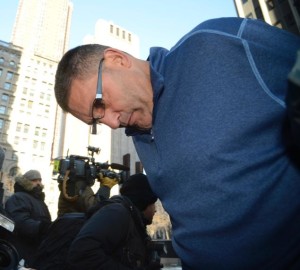 Vincent Asaro has been charged with his role in the infamous Lufthansa heist which Burke is believed to have masterminded. He is slated to stand trial on a slew of serious mob crimes including his part in the heist. His son Jerome now faces up to 8 years in prison after his guilty plea. Attorney’s for both father and son have asked the court to allow them to mingle while behind bars at the Metropolitan Detention Center.