The New York borough of Queens had yet to see its boom in organized crime until the late 1930s. Not that Queens was a particularly popular area for Mafia families to carry out their Costa Nostra activities, rather they were lured in due to the airport built during the infrastructural developmental boom there, which took place after the war-stricken years. The Idlewood airport, which was larger than LaGuardia, and later went on to be known as the famous JFK airport, was the potential plunderous cash cow for the multiple mafia families that were prevalent in the borough of New York.

The Early Days Of The Mafia In Queens

Carmine Fatico, a prominent name in the mafia business, set up shop in the borough on Howard Beach, near to the airport to recruit members for his crew. This is where Fatico recruited his mentee, the infamous John Gotti. John Gotti as One of the Famous Mobsters In Queens

John Gotti, most commonly known as Johnny Boy (also “Dapper Don” and “Teflon Don” – the latter for beating three criminal trials in the 1980s), was recruited and mentored by Carmine Fatico. In 1977 Gotti went on to become one of the leaders of a mafia faction in Queens. With the knowledge he learned from Fatico, he gained experience as a mobster, an extortionist, a racketeer, and in 1985 became the leader of the Gambino crime family by staging a bloody coup to take control of the family from don Paul Castellano (“The Howard Hughes of the Mob”) who was gunned down by three assassins outside Sparks Steak House in Midtown Manhattan. After a raid by New York detectives, Gotti was taken into custody and was charged for the murder of five individuals – Bilotti, Liborio Milito, Castellano, DiBernado, and Louis Dibono in the racketeering case. He was also charged for tax evasion, illegal gambling, bribery, obstruction of justice, loan sharking, and conspiracy of murder. He was sentenced to life in prison, though he passed away 10 years into his sentence on the 10th of June 2002. While no other mobster has been able to hold a candle next to Gotti, there have been five crime families that are prevalent in and around Queens. Romanello’s initial mafia business was met with zero hitches however, his first encounter with the authorities was in the year 2006. Romanello was charged with obstruction of justice and extortion for threatening a bakery using violence. He was sentenced to two years’ probation. Romanello’s second clash with the authorities came four years later in 2010, when he was charged for extortion and racketeering. Two years later, Romanello, himself, pleaded guilty for gambling illegally for which he was sentenced to ten to sixteen months in prison. However, on the 1st of December of the same year, Romanello’s criminal charges were acquitted due to the incredibility of two undercover informants.

The Bonanno crime family, founded by Salvatore Maranzano, was another one of the notorious five families prevalent in Queens. The Bonanno family also formed an alliance with The Gambino and The Genovese crime families in Queens. One of the heads of the crew placed in Queens by this Italian crime family was Vincent Asaro. Asaro had been with the Bonanno family since the 1990s. He is known as one of the most notorious mobsters in Queens due to his operation of the stolen multimillion-dollar car ring and the hijacking of cargo from JFK. Asaro’s first encounter with the authorities was just five years after he joined the Bonanno crime family, where he was sentenced to five or more years in prison on the charges of enterprise corruption and racketeering. Vincent Asaro is known to have earned respect from not only his crime family but that of the zip factions as well. Asaro’s second encounter with the authorities took place in January 2014. He was charged with the murder of Paul Katz, a known drug dealer. He was further charged for racketeering, in relation to the Lufthansa heist of 1978, robbery and extortion. However, in the following year, a jury found Asaro not guilty. His freedom however was short-lived, as in June of 2017, he was sentenced to eight years in prison after being found guilty in an arson case.

Despite having a claim over basically no territories, the Lucchese crime family has been prevalent in Queens since the beginning. Founded by Tommy Gagliano, it is known nationwide for the hijacking ring which operated from outside JFK airport. 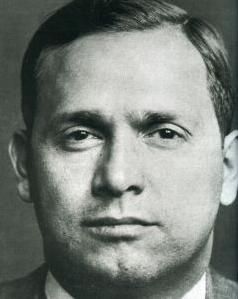 This hijacking ring was led by Paul Vario who served the Lucchese family as an underboss. Vario, and his associates in Queens, were known for labor racketeering, pornography, loan sharking, illegal gambling, and prostitution. He was known to be one of the most brutal and ruthless mobsters who operated in the borough. However, Vario’s time in organized crime in Queens came to an end when he was sentenced to ten to twelve years in a Texas prison, where he would eventually pass away on the 22nd of November, 1988. The Mafia hasn’t been quite as high profile since the days of John Gotti but “They know the game and they know what people want,” said Joseph Giacalone, a former NYPD detective sergeant and now a professor at the CUNY John Jay College of Criminal Justice, where he teaches a course about organized crime. “I’m not saying that nobody’s watching the store, but there’s a good possibility that you’ll see a resurgence from them with much less violence and less flashiness. They’re innovators, they know how to play the system”