Francesco Arcadi an alleged leader in the Montreal mafia is set to be released from prison after completing two-thirds of an 11 year sentence.

According to a report from Project Colisée he was one of six men who took control of the Rizzuto crime family after the 2003 arrest and extradition of then boss Vito Rizzuto. The 2006 RCMP led investigation claimed that Arcadi held rank of street boss and controlled mafia rackets including drug trafficking. The report also claims that now deceased Nicolo Rizzuto and Paolo Renda were also part of this Rizzuto family ruling committee. Out of all the Project Colisee arrest Arcadi received one of the lengthier prison sentences. 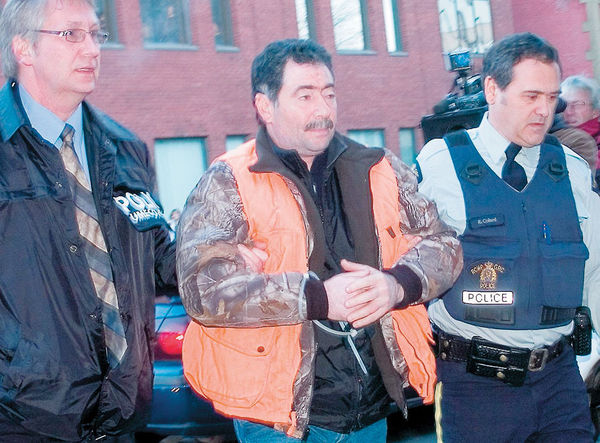 The now 62 year old mobster was never granted parole and now by law automatically qualified for release after completing two-thirds of his overall sentence. As part of a decision handed down by the Parole Board of Canada he will be forced to reside in a halfway house until the completion of his sentence in 2019. He will also not be allowed to meet or communicate in any way with anyone believed to be involved in organized crime. These are some of the harshest conditions for release at the disposal of the Canadian parole board. Two of Arcadi’s top lieutenants Francesco Del Balso and Lorenzo Giordano are also making their way back to the streets after completing lengthy prison terms.

The parole board noted in their decision that Arcadi followed the mafia code of Omerta and showed no desire to change his criminal ways during his prison sentence. He appeared to have the same influence among his fellow mobsters and peers behind bars as he had on the streets as a top leader of the Montreal mob. His release along with that of Giordano and Del Balso could cause a shakeup in what is already considered an unstable Montreal underworld. According to reports Arcadi made his intentions known while behind bars to take back control of the mafia in Montreal upon his release. His status within the newly reorganized Rizzuto family is a question mark after some of his fellow mobsters laid blame for Project Colisee at his feet.

The recent arrests of alleged Montreal mafia leaders Stefano Sollecito and Leonardo Rizzuto has contributed to what may be a developing power vacuum atop the organized crime family. If Arcadi or his mob allies make a play for control of the mafia in Montreal authorities fear it may lead to more violence and perhaps even an internal Montreal mafia war.